Used by programmers all around the world, JavaScript has gained a lot of popularity over the years by creating dynamic and interactive web content. One type of JavaScript that works on an open-source server environment is Node. js. Compatible with various platforms such as Windows, Linux, and Mac, Node. js is updated every six months. The latest major release is Node v16.0.0. 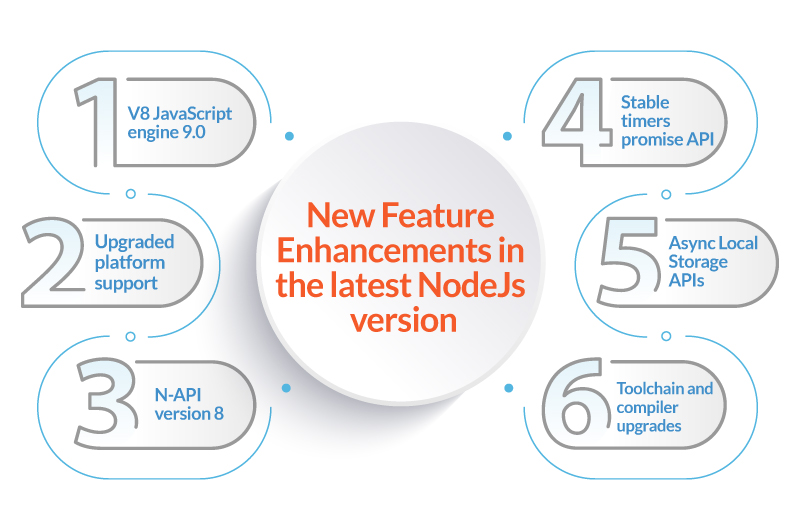 There are several new feature enhancements in the latest Node version that are as follows:

The latest Node. js introduces the new V8 JavaScript engine 9.0. Facilitating a runtime environment for implementing JavaScript code, the V8 JavaScript engine allows programmers to run their code across several platforms. Another additional enhancement for performance involves the super property of Node. This facilitates the rapid execution of orders and saves time for users.

Users can quickly execute orders thanks to the super property of V8 v9 shipping improvements. This optimization is currently available to all Node.js users. Regular expressions acquire major and distinctive capabilities in V8 version 9. You can now request a set that includes the start and endpoints of all matching capture groups. The flag /d in regular expressions can be used to allow this. The indices array can then be used with the result object’s indices attribute.

There have been significant upgrades in using the Node platform.

Another interesting development is the initiative to add support for Apple’s latest M1 architecture. It’s a collection of builds for all of Apple Silicon’s processors expected to increase the performance of the new Mac hardware in the long run.

Some of its features are

V16 promotes the promises API for timers. This API provides JavaScript timer functions that return native promises at first. Callbacks are commonly accepted by functions like setTimeout(). However, when combined with the most recent asynchronous code, this can become unmanageable. Furthermore, the code becomes even more readable when promises are used in conjunction with await/async.

In a synchronous language, waiting for a timer is the same as waiting for a traditional sleep call. In addition, Node.js has added experimental support and help for the Web Crypto API. This W3C protocol, on the other hand, attempts to give web apps access to a simple set of cryptographic functions. Apart from encryption and decryption services, the API supports signature verification and hash generation.

Problem determination and observability are two key areas to concentrate on when supporting customers in detecting and controlling production difficulties. Furthermore, when compared to the basic Async Hooks, the AsyncLocalStorage API concept proves to be much easier, more dependable, and faster to turn stable.

While a solid AsyncLocalStorage API for the 16 release has yet to be established, it is impressive that the Node.js developers are still working on it. Offering an inbuilt set of APIs used by various packages such as OpenTelemetry to support the tracing component of Observability in Node.js apps is a significant step forward.

Our needs and demands keep growing every day, and technology is constantly evolving to support them. With newer updates come newer feature enhancements. Node. js 16 is a suitable JavaScript version that helps to build fast, scalable network applications with higher performance, and faster development. For more details on web development, reach out to Epnovate and get your queries clarified. 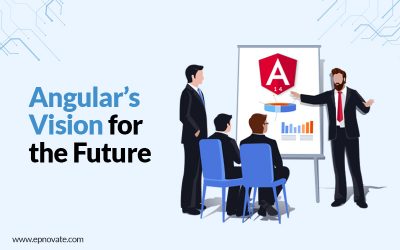 Angular’s Vision for the Future

Let's get in touch

Give us a call or drop by anytime, we endeavour to answer all enquiries within 24 hours on business days.

If you want to get a free consultation without any obligations, fill in the form below and we'll get in touch with you.
+91 9313016005
contact@epnovate.com
Get In Touch