Angular’s Vision for the Future You can never call yourself a programmer without using JavaScript and developing web applications. Businesses need a robust web development framework with cutting-edge features to strive in this digital world. One such framework that offers fast responsiveness and rich user experiences in Angular. Developed to make front-end development much simpler and accessible, Angular has created history in the past and will continue to dominate the user experience with further investments and development to come. 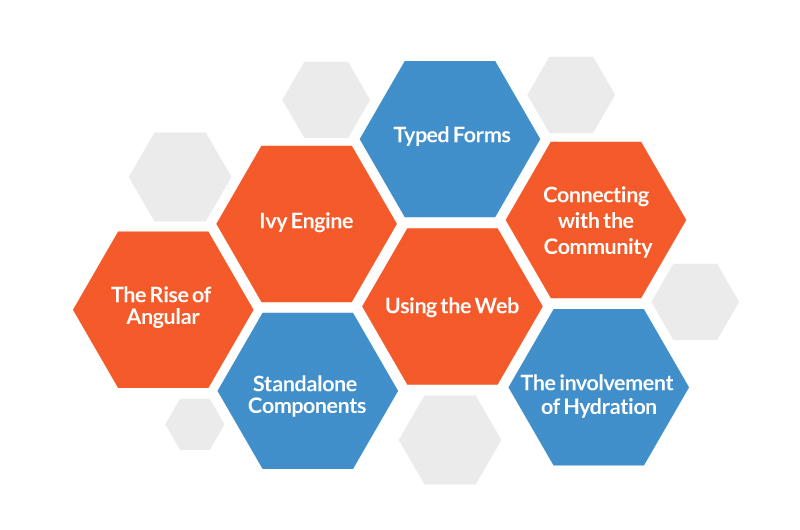 The Rise of Angular

Being a simple JavaScript framework that treated HTML as a first-class citizen, Angular took the front-end development world by storm even before version 1.0 was released. With Angular, developers were able to collaborate with designers and build amazing single-page applications together.

With the introduction of two-way data binding, developers were able to bind forms and other UI elements to JavaScript model objects. With the ability to easily create complex front-end applications, Angular shaped the programming world with directives that facilitated the easy creation of reusable HTML + CSS components.

Angular gets independent and its directives seem to be getting more and more simplified with the introduction of standalone components. As a result, the components are self-contained and can be used directly without depending on any “hidden context” or getting declared in any NgModule.

The Ivy engine in Angular provides the technical foundation to grow Angular in unprecedented ways. This year, the team will be conducting a thorough and critical review of their component model, writing experience, and reactivity system. They are looking at how Angular’s pull-based change detection mechanism, RxJS usage, and reliance on Zone.js impact the authoring experience for Angular developers by gaining inspiration from advancements in the broader online ecosystem.

Users have desired typed forms for a long time, and they are coming to Angular. Before this update, developers had to deal with the ‘any’ type when obtaining form values when interacting with form data. This can result in hard-to-diagnose bugs in your code.

Developers will be able to deal with form values with confidence thanks to TypeScript’s type-checking features, and the advent of Typed forms. Developers will now profit from type-related errors during the compilation process rather than at runtime.

Angular grows and adapts along with the web and this paves the way to consistent improvements in Core Web Vitals for developers such as:

The involvement of Hydration

The client-side logic takes over after server-side rendering produces the HTML and the browser renders and loads the related scripts for a given page. This involves two approaches, hydration, and destructive hydration.

Connecting with the Community

With multiple channels and community discussion groups, the Angular development team has addressed over 5000 issues and processed thousands of pull requests. Through various approaches such as a monthly live stream on YouTube, AMAs on Twitter, and partnering with community groups for events like the State of Angular, the team continues to connect, listen, and learn from their community.

With the overwhelming success of Angular and many more highlights to follow in the future, front-end developers are provided with an excellent choice for their development projects. Using directives such as ng-app, ng-model, and ng-repeat, Angular offers a declarative UI and saves time in program flows. Powered with code consistency and easy testing, Angular provides reusability, improved readability, and ease of maintenance.

For more information on Angular and other web development programs, reach out to Epnovate. You can call us or mail us and find a solution to your every business problem. 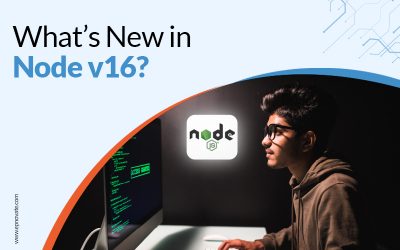 Let's get in touch

Give us a call or drop by anytime, we endeavour to answer all enquiries within 24 hours on business days.

If you want to get a free consultation without any obligations, fill in the form below and we'll get in touch with you.
+91 9313016005
contact@epnovate.com
Get In Touch